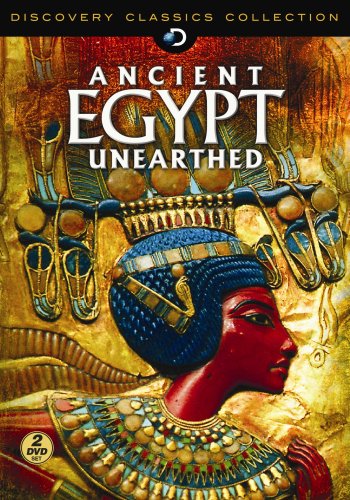 Product prices and availability are accurate as of the date/time indicated and are subject to change. Any price and availability information displayed on [relevant Amazon Site(s), as applicable] at the time of purchase will apply to the purchase of this product.

For more than three thousand years its wealth and magnificence were unrivaled…and then lost to the desert sands. Now take a marvelous journey down the mighty Nile and back through time as we uncover many of ancient Egypt’s long-lost mysteries. It’s all here – pyramids and temples, pharaohs and mummies – in this fascinating collection that explores one of the greatest cultures the world has ever known. Egypt Uncovered In five revealing episodes, world-renowned Egyptologists employ the latest technology and modern archeological findings to breathe life into one of history’s most fascinating cultures. A startling new picture emerges of the civilization that dominated the world for millennia. Egypt’s Ten Greatest Discoveries Egypt’s preeminent archaeologist, Zahi Hawass, and his team have selected the ten most important discoveries in Egypt. From major battles, to mega-construction, these discoveries reveal the amazing stories of the lives of kings, queens and ordinary people. Secrets of Egypt’s Lost Queen More powerful than Cleopatra or Nefertiti, Hatshepsut was Egypt’s greatest female ruler…and then she disappeared. Dr. Zahi Hawass investigates several mummies, one of which may well be the remains of this powerful queen. Why Ancient Egypt Fell Once the envy of the ancient world, the mighty civilization of Egypt stood for thousands of years until it underwent a swift decline and eventual fall. Given its wealth, power and rich culture, how could such a magnificent empire collapse so entirely? Women Pharaohs Cleopatra, Nefertiti, Nefertari and Hatshepsut were icons of beguiling beauty and power who once dominated ancient Egypt. Their command rivaled that of the mightiest male rulers in history. A startling new discovery unveils the secrets of their charms.

Hi! Do you want to know